Part 5 in the 7 part series: For king and country – tend to your immune system

This article was originally published as a guest editor post at foodpharmacy.se

Having grown up in the UK, I’m certainly no stranger to the western diet. I spent the best part of 23 years eating that way until I really began to study and understand the basics of nutrition. Sometimes I wonder how I survived.

Looking back over those years eating white pasta, bread, pizza, fries, crisps, candy, fast food and ready-made meals, whilst drinking various brands of soda also prompts some interesting questions. Like how has it impacted my immune system and my brain function?  And would I have excelled more in school, in sports, and at work as I got older, had my diet been different?

As we have discussed in this series so far, many different lifestyle factors impact on how our immune systems work. In my last blog, we covered the importance of sleep and exercise in maintaining a strong, robust immune system. Unfortunately, we often take for granted these essential health factors.

Diet in the Age of Coronavirus

Diet is another important cog in the wheel of human health and immune function. However, most people think primarily about the quantity of what we eat, rather than its quality. Many of us seem to believe that as long as we maintain a certain weight, we can eat what we want and consider ourselves healthy. It’s very easy to associate being overweight with being unhealthy – it’s another thing to accept that what you enjoy eating may not be good for you.

The western diet is becoming increasingly common among industrialised nations. Highly palatable and energy dense, it is often blamed for the increase in obesity and type 2 diabetes in the western world. But aside from calories, there are other aspects of this diet that may have negative effects on the immune system.

Now, more than ever, people are beginning to take their immune health seriously. In the age of COVID-19, where an infectious and, to some, deadly pathogen is freely circulating, people are taking notice. And what we find is that diet, and the western diet in particular, can have a significant impact.

There are two separate but integrated wings of our immune system.

The first, known as innate immunity, acts as the initial response. It signals that the walls have been breached and helps identify invaders, but it doesn’t provide a targeted response to them.

The second response, the adaptive immune system, provides the specific immune response you’re looking for – it targets the invader and removes it.

But new research suggests the first part – innate immunity – is capable of memory too. It’s called trained immunity and it is affected by diet.

When challenged by a trigger, such as an infection, cells of the innate immune system remain on high alert for a period of time. That way, if they are exposed to a second inflammatory stimulus, they can respond rapidly and strongly.

Trained immunity is established through what’s called epigenetic re-programming of innate immune cells. This basically means our environment is teaching these vital immune cells how to act.

This type of memory isn’t as long lasting as the adaptive immune response to something like measles. But it does persist for months and can intensify the inflammatory response to later infections.

Remember, we want our immune system to react to infection, and this includes inflammation, but we don’t want it to overact and continue for too long.

Impact of the Western Diet

While trained immunity has obvious benefits, there does appear to be a major problem, and a recent paper identified the western diet as a trigger for it.

Mice fed a western diet had increased systemic inflammation that reversed when returned to a normal chow diet. But when these mice were exposed to other immune triggers during the normal diet, the innate immune response was heightened (1).

As a result, mice fed the western diet continued to experience increased inflammation in response to immune triggers even after switching back to a chow diet.

There are many different parts of the western diet that may promote this re-programming either directly or by altering intestinal permeability (2). Increased intestinal permeability occurs when the tight junctions of your digestive system wall, which normally act as a strong barrier to stop bacteria getting into your bloodstream, become too wide. This is  also known as leaky gut. The components of the western diet that can cause this include:

The Mediterranean diet is essentially the opposite of the western diet in these dietary components. Unsurprisingly, it is also associated with healthier ageing and better health outcomes. So the conclusion seems clear – avoidance of a western diet is crucial to maintaining a healthy immune system.

Our immune system’s memory and pathogen fighting abilities are crucial to staying healthy (3). One reason some get severely ill and even die from infections that others beat, is malnutrition. It’s well known that malnutrition is a primary cause of immunodeficiency (4) and that it’s linked to increased severity of infectious disease (5). When malnourished children die, the cause is almost exclusively of infectious origin. While severe malnutrition might lead to alarming rates of infection susceptibility primarily in developing countries, nutritional status is a continuum on which we all find ourselves. Nutrient deficiency at any level might lead to functional impairment. An optimally working immune defence requires a wide range of molecules such as vitamins and minerals to perform its job. While virtually all known micronutrients have a role to play, vitamin A, D, C, and zinc stand out as the most well documented. So what do they actually do? Micronutrients are important for basic biological functions such as binding receptors, regulating how our genes are used, enabling enzymatic reactions and modulating inflammation (3). Not only do processed foods lead to increased inflammation, they’re also  notoriously infamous for their often disastrously low nutrient density.

In summary, staying away from hyperpalatable, energy dense, beige, no-need-to-chew-foods in favour of unprocessed foods rich in nutrients, fibre and colour ‒ that our ancestors would actually recognise as edibles ‒ is a fool-proof and side-effect free strategy for vibrant health and vital immune functions. It might even save your life.

You find the other articles in the 7 part series “For king and country – Tend to your immune system” here:

Part 1: Your Immune System is Everything

Part 2: The Surprising Connection between the Gut Mocrobiome and Infections in other Organs

Part 4: Go to Sleep and Get Moving – Your Immune System Will Thank You 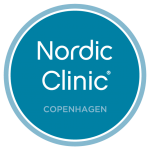